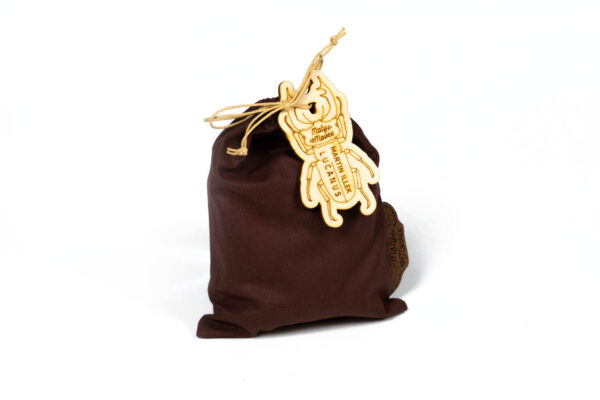 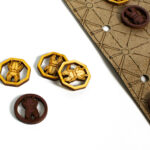 A dynamic strategic affair for 2 players, which uses game principles to follow the actual behavior of stag beetles. Let´s fight for the oak sap and enjoy the sweet victory! Leightweight travel packaging.

LUCANUS is a purely abstract game for 2 players, which is unparalleled in the world in terms of game mechanisms. The ways in which you can make your move correspond to the actual behavior of the stag beetles.You will wrestle the opponent´s beetles and throw them down from the branches. The dynamics of the game is supported by the unusual principle of multiplied movement. The speed of the stags always corresponds to the size of the group with which you make the move. Then the golden rule comes into this royal game – if there is a possible fight on diagonals, such a move is mandatory. Even if the direction of movement does not suit you at all. This key principle is again authentic, as it only reflects the characteristic feature of stag beetles – fighting spirit. One game takes about 10-20 minutes and it can be played by all gaming enthusiasts over the age of 8. The leightweight travel version in a handmade bag with the leatherette game board fits into every backpack.

Do you want rather wooden box instead of the travel bag?

We also offer our games in original tuned box. See the collector´s version of the LUCANUS game: