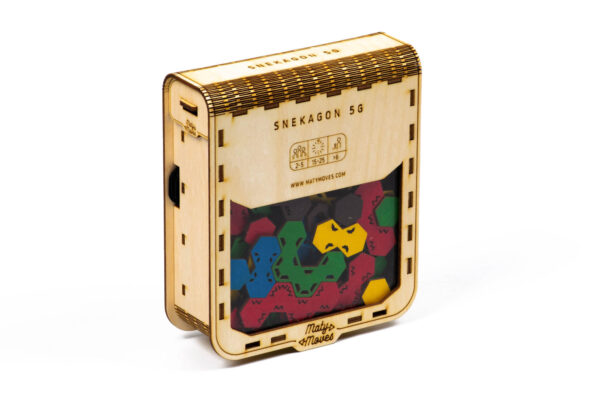 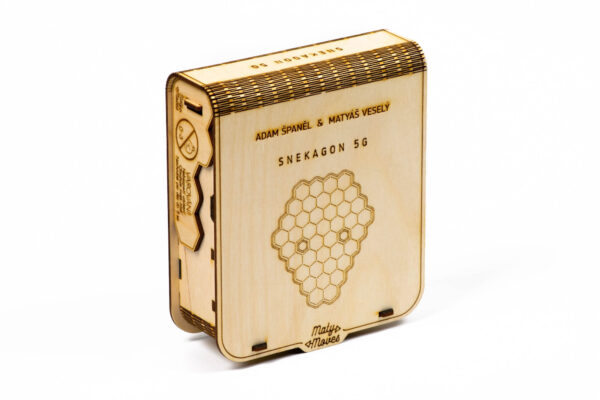 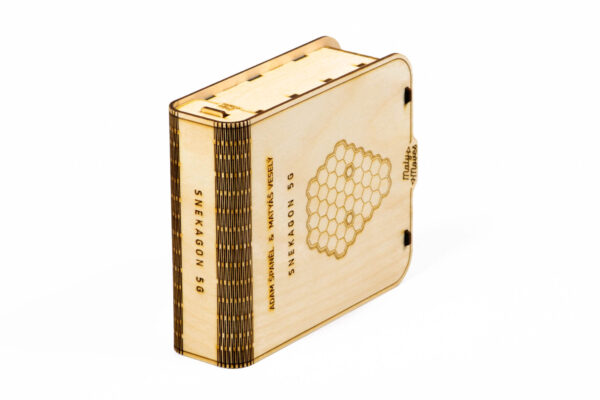 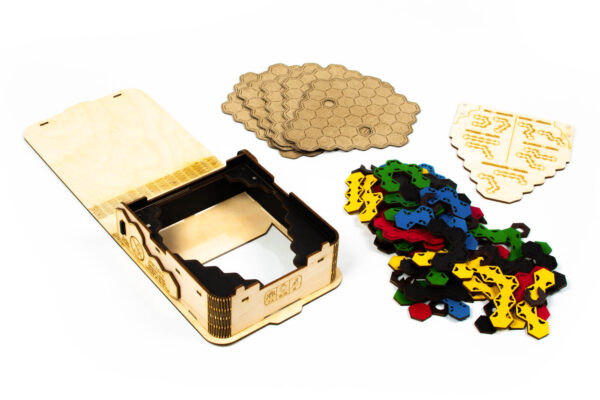 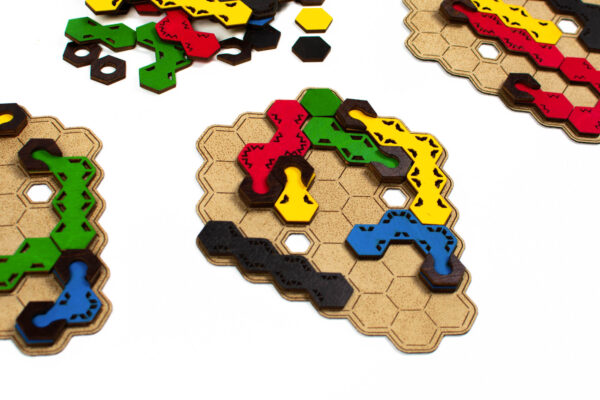 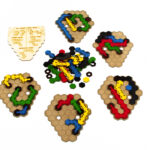 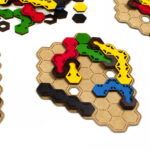 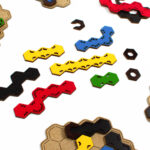 Colourful game with easy rules, which can still confuse you. The number of dimensions in the game is the same as the number of players, so 2 – 5.

SNEKAGON 5G follows principles of the basic game for 2 players, but it contains 5 colourful sets (big pieces are composed of 5 hexagons) and 5 game boards. You will use the same number of boards in the game as the number of players, so 2 – 5. Besides the two turn options (extending the snake or creating a new one), you have also a third option in this game – to slither through to the next floor. It means your snake appears in the next level of the “3D game board”. With this trick you will actually appear on the same field of one of the neighbouring game boards and you can continue in an effort to create the longest snake. Each colour set of pieces represents one specific snake species and corresponds with their characteristic features. Anyone over the age of 6 can play, one game should not take more than 25 minutes.

Do you want rather travel bag instead of the wooden box?

We also offer our games in compact, but even more cool pocket version. See the travel version of the SNEKAGON 5G game: